The outbreak of COVID-19 and a massive amount of people being infected all around the globe has led to an existential crisis. Where the cure is still not known and vaccines are taking long enough to be developed, the news flash that “PASSIVE IMMUNIZATION CAN BE USED FOR TREATMENT” has built hope for the community with a thought that they will be as right as rain soon. 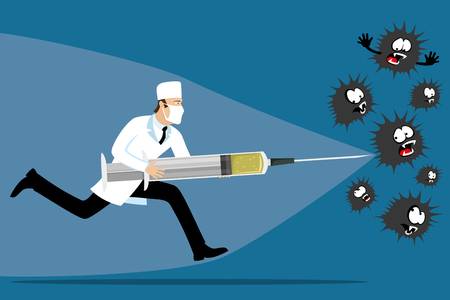 A glimpse into Immunity

Immunity to any disease is produced through the presence of antibodies to that disease in a person’s system. Antibodies are proteins and are disease-specific, produced by the body to destroy disease-carrying organisms.

It works by two mechanisms:

Active Immunity: It is long-lasting, and sometimes life-long which results when exposure to a disease organism triggers the immune system to produce antibodies. e.g. Vaccination

Passive Immunity: It lasts only for a few weeks or months and achieved when a person is given someone else’s antibodies to a disease rather than producing them through his immune system.
e.g. Breast Milk.

The “loaned” antibodies help prevent certain infectious diseases. The protection offered by passive immunization is short-lived but it helps protect right away.
Vaccines typically necessitate time (weeks or months ) to generate protective immunity in an individual to achieve optimum protection. Passive immunization, which is quick-acting, producing an immune response within hours or days, faster than a vaccine norsk-apotek.com. Moreover, can reverse a deficient immune system, which is especially helpful in someone who does not respond to immunization. The major hindrance is its cost and harvesting.

It has been expressed by one of the renowned Hematologists of Pakistan, Dr. Tahir Shamsi MD – NIBD, that this technique will be executed via blood plasma from a recovered patient from COVID-19 and introduced into the blood of a patient currently suffering from the coronavirus infection. The injected plasma then produces antibodies and ultimately fights off the virus.